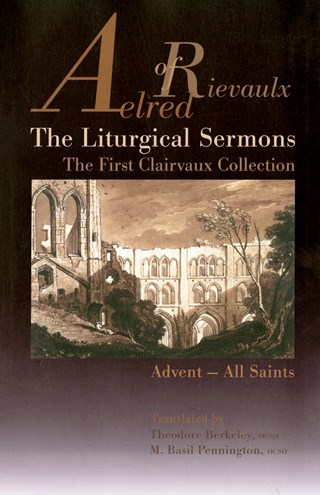 During his twenty years as abbot of the Yorkshire monastery of Rievaulx, Aelred preached many sermons: to his own monks, in other monasteries, and at significant gatherings outside the cloister. His disciple and biographer, Walter Daniel, mentions hundreds of sermons. In this volume, the first of several, we have twenty-eight of his sermons. They have been translated from the critical edition of a manuscript copied for the Abbey of Clairvaux in the latter part of the twelfth century—that is, not long after Aelred's death on 12 January 1167.

Cistercian abbots were expected to speak to their monks in chapter every morning, commenting on the passage of Saint Benedict’s Rule for Monasteries that had just been read to the monks. In addition, they were required to preach to the whole community—both monks and lay brothers—on fifteen principal days of the liturgical year as well as on the anniversary of the dedication of the monastery’s church.

This 'First Collection of Clairvaux' includes sermons for fourteen of these days: the First Sunday of Advent—the inauguration of the liturgical year—and Palm Sunday—the inauguration of Holy Week; five Christological feasts of Christmas, Epiphany, the Annunciation, Easter, and Ascension; three Marian feasts: her Purification, Assumption, and Nativity; the Feasts of All Saints, Saint Benedict of Nursia, the Nativity of Saint John the Baptist, and Saints Peter and Paul.